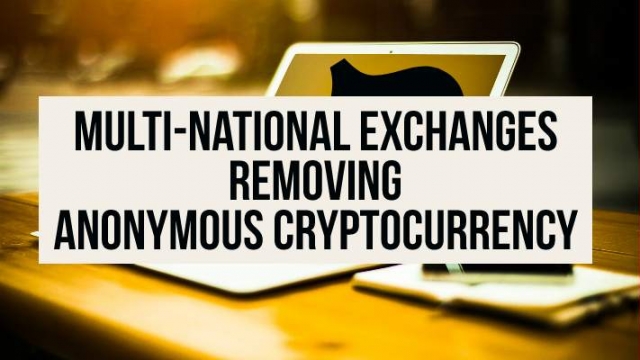 OKEx’s Korea station announced that it will release all anonymous cryptocurrency on October 10, including Monroe (XMR), Dash, ZEC, horizen (ZEN) and SBTC.

In fact, this is not the first time that an anonymous coin has been blocked.

In May 2018, under the pressure of the Japanese Financial Agency, the Japanese exchange Coinchek removed four kinds of anonymous coins.

In June of this year, the FATF issued a cryptocurrency regulation bill that requires the exchange to collect and transmit customer information during the transaction.

This information includes the name, account and address information of the originator of the transaction, as well as the recipient’s name and account information.

This is equivalent to hitting the Anonymous currency. Once the G20 adopts the same new FATF regulations in its member states, most mainstream countries’ exchanges may remove anonymous coins.

It is foreseeable that there will be more and more incidents in which anonymous coins will be removed from the market in the future.

Everyone cares about the signals of countries like the policy. Especially Chinese investors, when they are together with the analysts through the media, are very likely to cause market panic, and then start to sing empty anonymous coins.

At this time we need rational analysis, especially for investors holding anonymous coins, because the market atmosphere is often wrong.

At the G20 meeting in Japan in June, the international cryptocurrency anti-money laundering (AML) regulations were discussed, and then officially supported by the cryptocurrency guidelines developed by the Financial Action Task Force (FATF) of the Global Money Laundering Regulator.

In fact, before this, the G20 will crack down on the money laundering of cryptocurrency.

For Bitcoin and Ethereum, the attitude may be unclear, but for anonymous coins, this is directed at it. This is an anonymous coin. Significant bad.

Then, the strange thing is that the anonymous coin market has risen collectively in June, surpassing the currencies of other sectors.

Grin and Beam have risen several times, and the performance of the old anonymous money XMR and DASH is not bad.

In the author’s view, the more regulated it is, the more scarce it is. Moreover, there are many real market demands for anonymous coins. These suppression policies may actually accelerate the application of anonymous coins.

Different countries and regions have different policies on anti-money laundering, and it is not the FATF member states that they must implement the new FATF regulations.

It is impossible to reach a consensus and implement it all over the world. Historically, there has never been a concerted effort between countries.

For exchanges in FATF member countries, it is entirely possible to migrate to other countries.

After all, the anonymous currency market does not want to be missed.

It provides a large amount of transaction fees every day, and will lose a large number of users once the anonymous currency is removed.

As long as it is profitable, the suppression effect on anonymous cryptocurrency is always limited.

This may instead boost the development of decentralized exchanges, making regulation even more difficult, and the anonymity will be completely free and free from any agency.

In a word: all the suppression of anonymous coins will be counterproductive, and even make them reborn.

Second, the black and white of the anonymous currency

Many people think Bitcoin is also anonymous, but it is not. When you trade Bitcoin, your transaction amount and time, money flow information, senders, and recipients can all be viewed on the blockchain browser.

Once the address is linked to the real identity, it will be exposed.

Similar to cash transactions, no one can know how you spend cash.

Because of this feature, anonymous Cryptocurrency are extremely easy to use for illegal activities.

1, the ghost of the gray area

In August 2016, Darknet announced the acceptance of Monroe as a means of payment. Darknet is a type of encrypted website that is the other side of the Internet.

For example, in 2018, the living room record of 240 million hotels in China Lodging Group was leaked, and its documents were sold on the dark network, and Bitcoin and Monroe coins were used as payment means.

In addition to the dark net, anonymous coins are also used for money laundering, drug trafficking, and terrorist activities.

2, anonymous Cryptocurrency is not equal to crime

In the extremely turbulent countries of Venezuela, the definition of the black market has exceeded the scope of normal cognition.

The black market in Venezuela is the place where people need to survive.

The anonymity and convenience of anonymous coins are the urgent needs of many underlying people. The hope of the garbage legal currency system.

Of course, it is undeniable that a large part of the anonymous currency market is in the illegal field such as the dark network, but the technology itself is not guilty. Criminals can use it to cover up criminal acts.

The public can also use it to protect their rights and interests.

The government and the company can also Use privacy technology to protect data security.